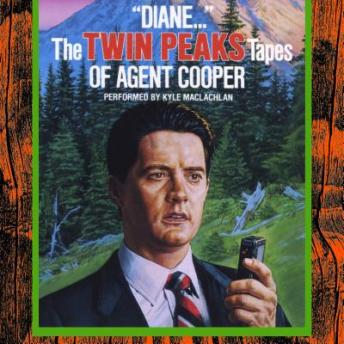 Unavailable in any other format—the original blockbuster audio tie-in to the television phenomenon Twin Peaks.

Re-experience the mystery of Twin Peaks. The Cooper Tapes. The private world of Special Agent Dale Cooper, previously reserved for one woman...Diane, including notes and stories never revealed on television. From the man in the black suit, Twin Peaks, in his own words.

“...Diane, a small town is not unlike a river, lots of hidden currents and eddies, each holding its own secrets. My guess, is that I haven’t even broken the surface yet...Oh, one other thing, Diane, never drink coffee that has been anywhere near a fish...”