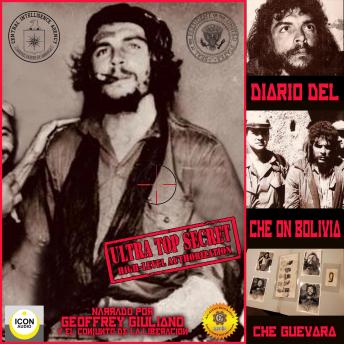 The Bolivian Diary is a record of Che's final campaign. He was dead 24 hours after his last entry. It consists of notes he intended to expand, but it was not to be. Since the Bolivian Diary fell into the hands of his captors, the CIA intended to use it as propaganda against Che in particular and Latin American guerrilla movements in general. But surprisingly, a member of the Bolivian government photocopied the diary and sent it to Cuba. Castro published it in several languages, thus pre-empting the CIA's plans to doctor the text for its own purposes.

It is refreshing to read Che in his own words since so much has been written about him by his detractors. On the one hand there is an intimacy to his diaries –because he wrote them for himself – which reveals the person rather than the public persona. But on the other, when he is writing about politics and revolutions, we encounter a driven man who was a committed socialist even in his sleep.

Music By AudioNautix With Their Kind Permission

Geoffrey Giuliano is the author of over thirty internationally bestselling biographies, including the London Sunday Times bestseller Blackbird: The Life and Times of Paul McCartney and Dark Horse: The Private Life of George Harrison. He can be heard on the Westwood One Radio Network and has written and produced over seven hundred original spoken-word albums and video documentaries on various

This title is due for release on January 3, 2021
We'll send you an email as soon as it is available!