The Diary of a Jackwagon 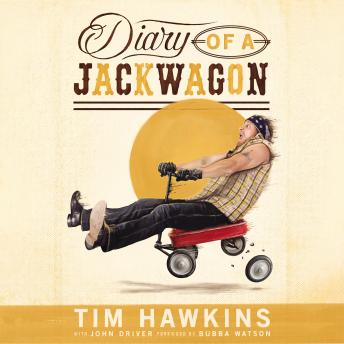 He’s a comedian. He’s a YouTube sensation. And now he becomes an author. Best known for his song parodies and riffs on yoga pants and homeschooling, Tim Hawkins now shares his perspective on life in the 21st century in his long-awaited debut book. Tim's topics are as wide-ranging as his stand-up comedy including marital communications (“Marriage needs a challenge flag, like in pro football”), worship music (“Pick the right key, because I’m not Barry White and I’m not a Bee Gee”), and food (“Eating a Krispy Kreme donut is like eating a baby angel”). Diary of a Jackwagon reveals a witty and relatable voice reminding readers that for life’s many difficulties, laughter is always the best medicine – when there aren’t any pills left.

Diary of a Jackwagon