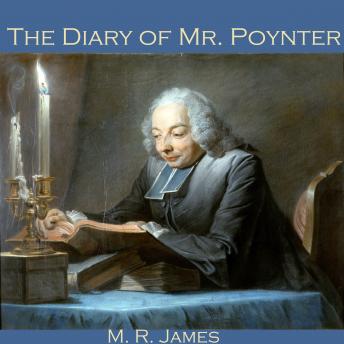 The Diary of Mr. Poynter

Montague Rhodes James (1862-1936), who wrote as M. R. James, was an English author, mediaeval scholar, and provost of King's College, Cambridge, and of Eton College. He is best known for his outstanding ghost stories. James reinvented the ghost story for the modern audience by moving away from Gothic elements and using realistic contemporary settings. His protagonists and plots often reflected his own antiquarian interests. Accordingly he is known as the originator of the "antiquarian ghost story".

"The Diary of Mr. Poynter" tells the story of a book collector who buys a set of ancient diaries. In one of these is pinned a rather unusual sample of fabric, which, at the insistence of his aunt, he has copied to make curtains for their new house. Once the curtains are hanging, strange phenomena begin to take place in the house....