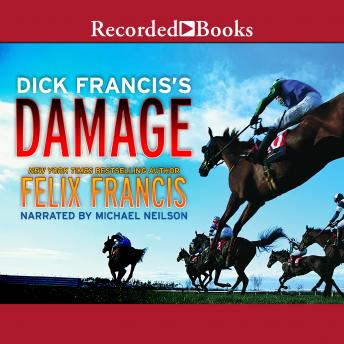 Felix Francis is back with another edge-of-your-seat thriller, in the classic Dick Francis tradition. Undercover investigator Jeff Hinkley is assigned by the British Horseracing Authority to look into the activities of a suspicious racehorse trainer, but as he's tailing his quarry through the Cheltenham Racing Festival, the last thing he expects to witness is a gruesome murder. Could it have something to do with the reason the trainer was banned in the first place-the administration of illegal drugs to his horses? Then many more horses test positive for prohibited stimulants, and someone starts making demands, threatening to completely destroy the integrity of the racing industry. In order to limit the damage to the sport, it's critical that Jeff find the perpetrator ... but he'll soon learn he's up against someone who will stop at nothing to prevail.