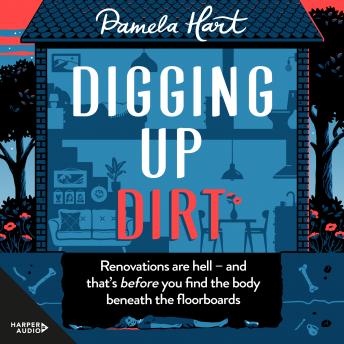 Renovations are hell. And that's before you find the body beneath the floorboards. An intriguing mystery from a stylish new voice in crime fiction, for readers of Kerry Greenwood and Holly Throsby.

When your builder finds bones under the floor of your heritage home, what do you do? For TV researcher Poppy McGowan, the first step is to find out if the bones are human (which means calling in the cops and delaying her renovations) or animal (which doesn't).

Unfortunately, 'help' comes in the form of Dr Julieanne Weaver, archaeologist, political hopeful, and Poppy's old enemy. She declares the bones evidence of a rare breed of fat-tailed sheep, and slaps a heritage order on the site. The resultant archaeological dig introduces Poppy to Tol Lang, the best-looking archaeologist she's ever met - and also Julieanne's boyfriend.

When Julieanne is found murdered in Poppy's house, both she and the increasingly attractive Tol are considered suspects - and so Poppy uses her media contacts and news savvy to investigate other suspects. Did Julieanne have enemies in the right-wing Australian Family Party, for which she was seeking preselection, or in the affiliated Radiant Joy Church? Or at the Museum of New South Wales, among her rivals and ex-boyfriends? And who was her secret lover?

Can Poppy save herself, and Tol ... and finally get her house back?

'Digging Up Dirt is a clever, blackly funny murder mystery of our times' - Petronella McGovern

'Digging UpDirt by Pamela Hart is a great fun read. I couldn't put this smart, sparkling mystery down. I can't wait for book 2 in the Poppy McGowan series' - Anna Campbell, bestselling author of the Dashing Widows series