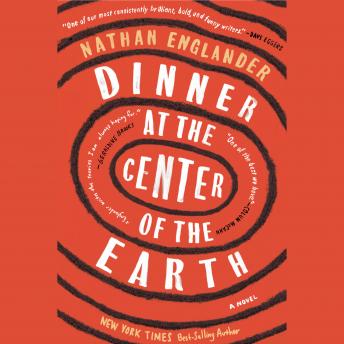 Dinner at the Center of the Earth: A novel

The best work yet from the Pulitzer finalist and best-selling author of For the Relief of Unbearable Urges--a political thriller that unfolds in the highly charged territory of the Israeli-Palestinian conflict and pivots on the complex relationship between a secret prisoner and his guard.

A prisoner in a secret cell. The guard who has watched over him a dozen years. An American waitress in Paris. A young Palestinian man in Berlin who strikes up an odd friendship with a wealthy Canadian businessman. And The General, Israel's most controversial leader, who lies dying in a hospital, the only man who knows of the prisoner's existence.
From these vastly different lives Nathan Englander has woven a powerful, intensely suspenseful portrait of a nation riven by insoluble conflict, even as the lives of its citizens become fatefully and inextricably entwined--a political thriller of the highest order that interrogates the anguished, violent division between Israelis and Palestinians, and dramatizes the immense moral ambiguities haunting both sides. Who is right, who is wrong--who is the guard, who is truly the prisoner?
A tour de force from one of America's most acclaimed voices in contemporary fiction.

Dinner at the Center of the Earth: A novel