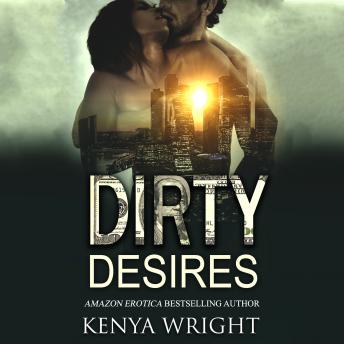 Ava belonged to me. No one else could be with her, and no one else would do for me. It would take time and gifts, wine and listening, whatever else, but she would understand one day. She would know only me. Once I had Ava in my grips, I would never release her.MISHAFor a year, Kazimir's cousin Misha has been obsessed with Ava-the only black ballerina in the Mariinsky theater company. When the opportunity arises to spend time with Ava, Misha seizes it. But over and over distractions appear-a psycho here, and there, a devil, stolen nukes, and even a missing corpse.Over and over, obstacles arise.Can Misha battle them all as he fights for Ava's love? Or will he never get his ballerina?AVABallet is all Ava has ever known. Due to the murder of the company's prima ballerina, Ava was given the principal role in the ballet. On opening night, she blew minds and captured everyone's hearts. If the company keeps her in the position, they will be making history. There has been no ethnic principal in the Mariinsky Theater's 150 years of operation.But is Russia ready for their first black prima ballerina? And what dark, threatening things come with the position?