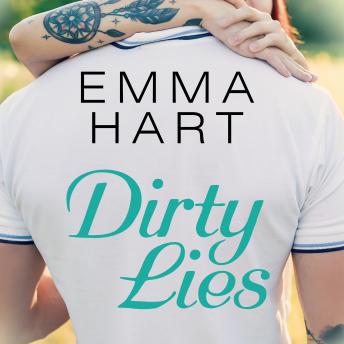 Aidan Burke is the perfect rebound guy for Jessie Law after she catches her asshole ex-boyfriend with his hands down some other girl's pants. When she meets the world-famous drummer of Dirty B on a night out, she takes him up on his simple proposal: one night of fun, hot sex, with zero expectations. But soon Dirty B's tour is over, and they're back in South Carolina-which means running into Aidan more often than Jessie would like.

When Aidan saves Jessie from her ex-boyfriend by insisting that the two are dating, the band's manager convinces them to keep up the charade in the hopes of re-inventing Dirty B's image as lovable bad boys, as opposed to d-bags. Now all Aidan and Jessie have to do is put on a very obvious, very public show to convince everyone that their affection is real. Unfortunately, Aidan's hordes of jealous fans have no problem bombarding Jessie with threatening messages online-and worse. And things only get more complicated when Jessie realizes that her feelings for Aidan may not be so fake after all.Contains mature themes.