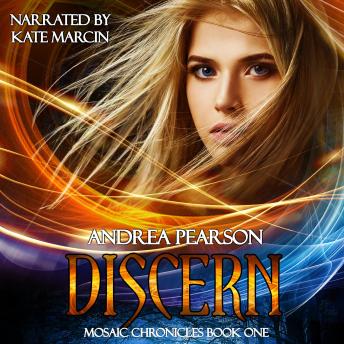 Disappearances at a popular national park... Monsters from another dimension... And Nicole can't use her magic. What could possibly go wrong?Mysterious disappearances at a popular national park force authorities to organize an academy-led expedition, and they've invited undergrads to compete to be included. As a talented Arete, Austin is a natural shoo-in. And he's not the only experienced student competing. Nicole struggles a great deal with her powers, but she knows she has what it takes, and she's determined to prove that she can produce Wind magic.

With the help of her friends and advice from professors, Nicole pushes the limits of her magical abilities. As the competition heats up, however, she finds out that the trip she’s fighting for may be a one-way ticket...

Discern: A Katon Academy Novel, Mosaic Chronicles Book One tells a captivating story of adventure and fantasy. If you like break-the-mold paranormal academy fiction, light romance, and fast-paced adventure, then you’ll love the first book in Andrea Pearson’s groundbreaking and award-winning series! Download Discern to begin the magical expedition today!