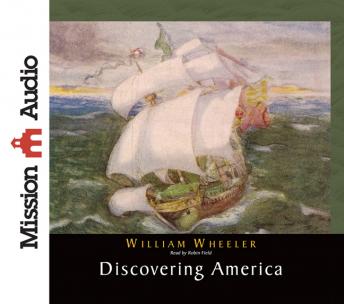 This fascinating historical introduction to the Americas, via their first voyagers, reads with all the excitement of a 21st century blockbuster film! From the gripping accounts of Norseman Leif “The Lucky” Ericsson’s journey to the “Vinland” with his treacherous sister, Freydis, to the exuberant letter from Columbus announcing his discovery to the Treasurer of Aragon, the suspense is fast-paced. Also included are Amerigo Vespucci’s fascinating descriptions of native peoples and wildlife, and John Cabot’s sailing from England to the North American coast. Listeners will be delighted with these wonderfully narrated accounts of America’s earliest history.