Diva In Me, The (BBC Radio 4 Afternoon Play) 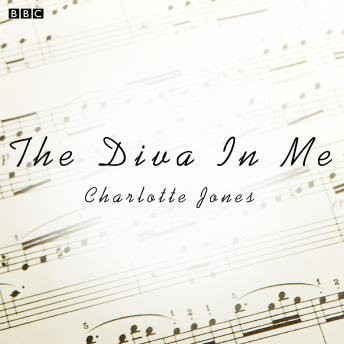 A BBC Radio 4 comedy musical drama, ‘The Diva in Me’, was specially written by multi award-winning playwright Charlotte Jones, for the actress and extraordinary mimic Phillippa Stanton. The music, woven into the narrative is an essential part of the story.Phillipa spends Saturday night eating toast and fantasizing about a boy-man from Southern Electric. She can sing anything from Bjork, to Winehouse, Garland to Gaga, even Shirley Bassey, but why has the world turned it’s back on her? On top of her extraordinary talent, Phillipa discovers the ingredient that will finally make her a truly great diva! Last broadcast on 5 May 2011 and directed by Claire Grove. Also starring Stuart McLoughlin as Shadwell, Sally Orrock as Vicki, Daniel Rabin as Gene Kelly, Joanna Monro as Mona and Brian Bowles as Trevor.

Diva In Me, The (BBC Radio 4 Afternoon Play)