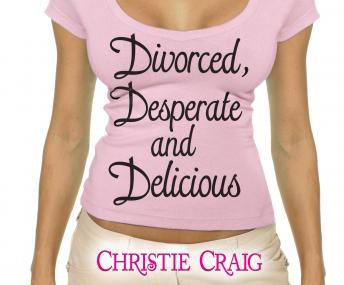 Ever since photographer Lacy Maguire caught her ex playing Pin the Secretary to the Elevator Wall, she's been content with her dog Fabio, her three cats, and a vow of chastity. But all of that changes when the reindeer-antlered Fabio drags in a very desperate, on-the-run detective named Chase Kelly, and he decides to take refuge in Lacy's house-a house filled with twinkling lights and a decorated tree. (Okay, so it's February, but she has a broken heart to mend, a Christmas-card shoot to do, and a six-times divorced, match-making mother to appease.)

For the first time in a long time, Lacy reconsiders her vow - because Chase, wounded soul that he may be, would be an oh-so-delicious way of breaking it. But, if she's going to do that, she'll have to keep them both alive and him out of jail...