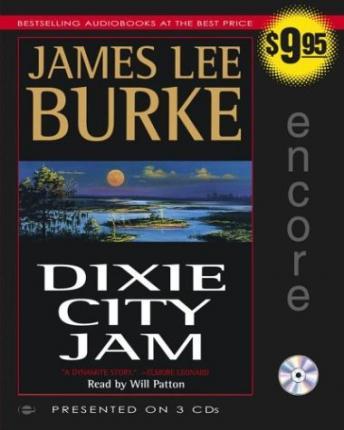 A FORGOTTEN NAZI SUB BRINGS OLD HATREDS TO THE SURFACE

They're out there, under the salt -- the bodies of German seamen who used to lie in wait at the mouth of the Mississippi for unescorted American tankers sailing from the oil refineries of Baton Rouge out into the Gulf of Mexico.

As a child, Dave Robicheaux had been haunted by the sailors' images; then, as a young college student, he'd discovered one of their sunken subs while scuba diving. Years later, in a New Orleans populated by desperate hustlers and millennium - watchers of all stripes, Robicheaux, a detective with the New Iberia sheriff's office, finds himself and his family at serious risk, stalked for his knowledge of a watery burial ground by a mysterious man named Will Buchalter -- a man who believes that the Holocaust was one big hoax.

A masterpiece of suspense, Dixie City Jam takes listeners deep into the human heart of darkness.

This title is due for release on September 1, 1994
We'll send you an email as soon as it is available!