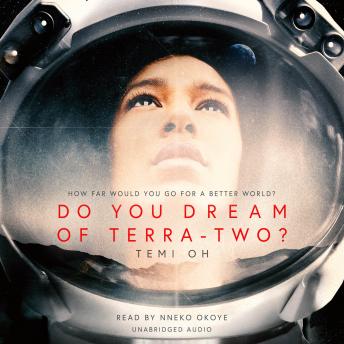 Do You Dream of Terra-Two?

The Long Way to a Small, Angry Planet meets The 100 in this unforgettable debut by a brilliant new voice.

A century ago, scientists theorised that a habitable planet existed in a nearby solar system. Today, ten astronauts will leave a dying Earth to find it. Four are decorated veterans of the 20th century’s space-race. And six are teenagers, graduates of the exclusive Dalton Academy, who’ve been in training for this mission for most of their lives.

Storyline is okay, but the sense of realism is way off... No space agency would send off a group of people into space, who are not in synchrony and mentally stable... Hence only 3 stars Like the voice of the narrator, but agreed with other reviews; there is often audible swallows heard in between breathing and reading aloud... Hence only 4 stars

Likes the changing pace. Read it to the end, then we talk…..