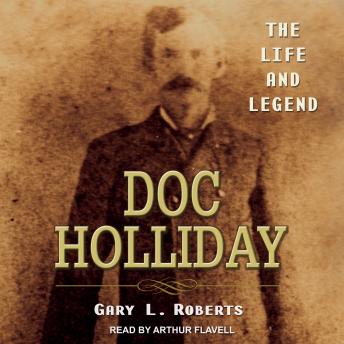 Doc Holliday: The Life and Legend

In Doc Holliday: The Life and Legend, the historian Gary Roberts takes aim at the most complex, perplexing, and paradoxical gunfighter of the Old West, drawing on more than twenty years of research-including new primary sources-in his quest to separate the life from the legend. Doc Holliday was a study in contrasts: the legendary gunslinger who made his living as a dentist; the emaciated consumptive whose very name struck fear in the hearts of his enemies; the degenerate gambler and alcoholic whose fierce loyalty to his friends compelled him, more than once, to risk his own life; and the sidekick whose near-mythic status rivals that of the West's greatest heroes. With lively details of Holliday's spirited exploits, his relationships with such Western icons as Wyatt Earp and Bat Masterson, and the gunfight at the O.K. Corral, this book sheds new light on one of the most mysterious figures of frontier history.