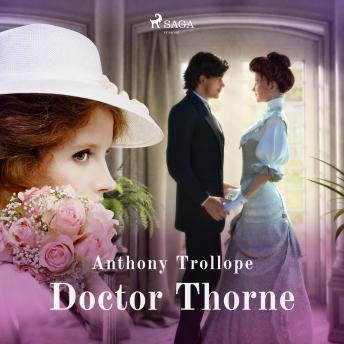 'Doctor Thorne' is the third of Trollope's Barsetshire novels and unlike some of the others has little to do with politics and religion. The plot revolves around Mary Thorne, an illegitimate child who has been lovingly raised by her uncle, a country doctor, and who, as she comes of age, finds herself wondering whether she is a lady, or to which social class she truly belongs. Frank Gresham, son of the squire of Greshamsbury, is in love with her (much against the wishes of his noble de Courcy relatives at the Castle), but she dismisses his affection at first as mere puppy love, thereby setting the scene for a series of entanglements, both social, romantic, and financial.
One critic has remarked that in 'Doctor Thorne,' Trollope succeeds in one of the most difficult tasks an author of fiction can face: how to make genuinely good people genuinely interesting, so that they engage not only the sympathies but also the interest of the reader.