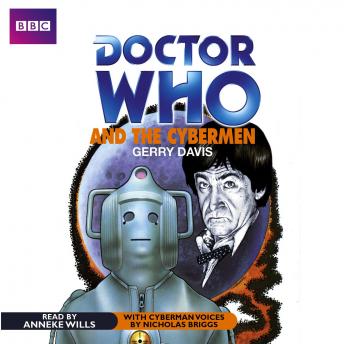 Doctor Who and the Cybermen

One by one, their limbs became diseased - they were replaced by plastic and steel! Little by little, their brains tired - computers worked just as well! With metal limbs, they had the strength of ten men. They could live in the airless vacuum of space. They had no heart, no feelings, no emotions, and only one goal - power! In the year 2070, a small blue planet caught their attention. They would land on its satellite and, from there, attack, ransack, destroy and finally abandon...The satellite was the Moon. The helpless planet - Earth. Their names? The Cybermen! Can the Doctor defeat an enemy whose threat is almost as great as that of the mighty Daleks? Anneke Wills, who played the Doctor's companion Polly in the original TV serial The Moonbase, reads Gerry Davis's complete and unabridged novelisation, with specially composed music and special sound.

Doctor Who and the Cybermen