Doctor Who And The Ribos Operation 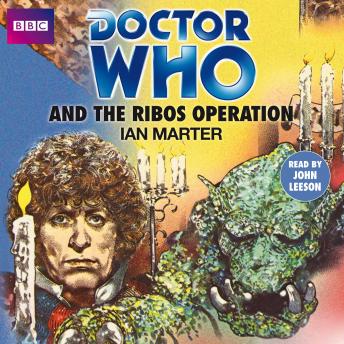 Reluctantly cancelling his well-earned holiday, the Doctor sets off in the TARDIS to trace and re-assemble the six segments of the Key to Time on which the stability of the entire Universe depends. Assisted by the argumentative Romanadvoratrelundar and K9, he lands on the planet Ribos in search of the first segment and finds himself entangled in the machinations of two sinister strangers, Garron and the Graff Vynda Ka. Who are they? Is Garron simply a shady confidence-trickster dealing in interplanetary real estate? Is the Graff Vynda Ka just a power-crazed exile bent on revenge? Or are they both really agents of the Black Guardian, intent upon seizing the precious Key in order to throw the Universe into eternal chaos? Risking his life within the monster-infested catacombs of Ribos, the Doctor has to use all his wit and ingenuity to find out... John Leeson, who provided the voice of K9 in the original 1978 TV serial, reads Ian Marter’s complete and unabridged novelisation, first published by Target Books in 1979.

Doctor Who And The Ribos Operation