Doctor Who And The Silurians (TV Soundtrack) 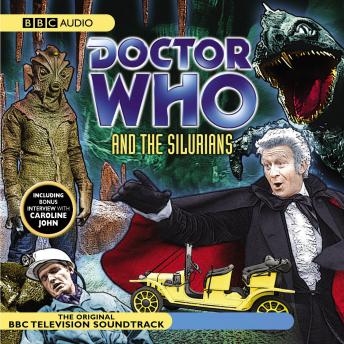 'The planet is ours. It always has been!' On Wenley Moor in Derbyshire, a nuclear energy research centre is suffering mysterious power losses and a series of staff breakdowns. Investigating on behalf of UNIT, Brigadier Lethbridge -Stewart calls the Doctor in to help, assisted by the scientist Liz Shaw. What the Doctor discovers is quite unexpected: the power losses are being caused by a group of intelligent, indigenous reptiles living in caves deep beneath the moor. These are the creatures who ruled Earth before Man, and they have lain dormant for centuries. Now awoken, they still believe Earth to be their planet. A power struggle amongst the Silurians threatens to overwhelm the Doctor's attempts to achieve peace between the reptiles and the humans. And when a deadly virus is released and spread throughout the country, the Doctor and Liz must work against the clock to save humanity... In an additional bonus interview, Caroline John, who also provides the linking narration for the story, recalls making Doctor Who and the Silurians for television.

Doctor Who And The Silurians (TV Soundtrack)