Doctor Who and the Terror of the Autons 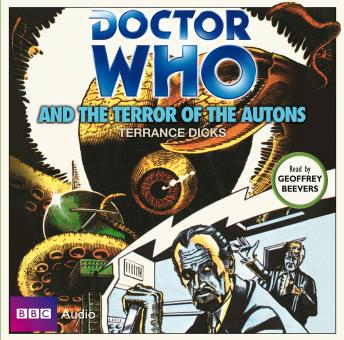 The evil Master leered at the Doctor, and triumphantly pointed out of the cabin window. The many-tentacled Nestene monster – spearhead of the second Auton invasion of Earth – crouched beside the radio tower! Part crab, part spider, part octopus, its single huge eye blazed with alien intelligence and deadly hatred... Can the Doctor outwit his rival Time Lord, the Master, and save the Earth from the Nestene horror? Geoffrey Beevers, who played an incarnation of the Master in the classic BBC TV series Doctor Who, reads Terrance Dicks’ complete and unabridged novelisation, first published by Target Books in 1975. ‘BBC Audiobooks has chosen well with its books and has taken the right approach with its readers... they benefit from new music and sound effects’ - Doctor Who Magazine.

Doctor Who and the Terror of the Autons