Doctor Who And The Visitation 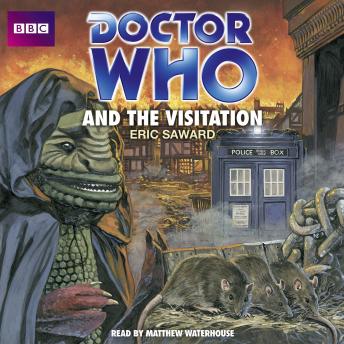 Tegan, the young air hostess who quite unintentionally became a member of the TARDIS's crew, wants to return to her own time, but when the Doctor tries to take her back to Heathrow Airport in the twentieth century the TARDIS lands instead on the outskirts of seventeenth-century London. The Doctor and his companions receive a decidedly unfriendly welcome - but it soon becomes clear that the sinister activities of other visitors from time and space have made the villagers extremely suspicious of outsiders. And as a result of the aliens' evil schemes, the Doctor finds himself on the point of playing a key role in a gruesome historical event... Matthew Waterhouse, who played the Doctor's companion Adric in the original BBC TV serial, reads Eric Saward's complete and unabridged novelisation, first published by Target Books in 1982.

Doctor Who And The Visitation