Doctor Who and the War Games 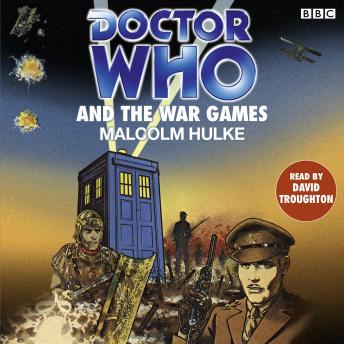 Mud, barbed wire, the smell of death... The year is 1917 and the TARDIS has materialised on the Western Front during the First World War. Or has it? For very soon the Doctor finds himself pursued by the soldiers of Ancient Rome; and then he and his companions are reliving the American Civil War of 1863. And is this really Earth, or just a mock-up created by the War Lords? As Doctor Who solves the mystery, he has to admit he is faced with an evil of such magnitude that he cannot combat it on his own - he has to call for the help of his own people, the Time Lords. So, for the first time, it is revealed who is Doctor Who - a maverick Time Lord who 'borrowed' the TARDIS without permission. By appealing to the Time Lords he gives away his position in Time and Space. Thus comes about the Trial of Doctor Who... David Troughton reads Malcolm Hulke's complete and unabridged novelisation, first published by Target Books in 1979.

Doctor Who and the War Games