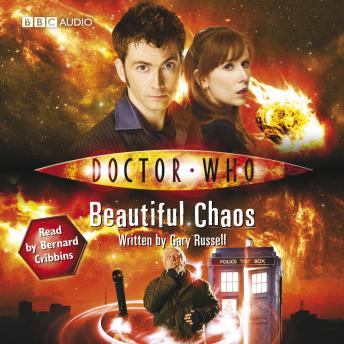 Donna Noble is back home in London, catching up with her family and generally giving them all the gossip about her journeys. Her grandfather, Wilfred Mott, is especially overjoyed – he’s discovered a new star and had it named after him. He takes the Doctor, as his special guest, to the naming ceremony. But the Doctor is suspicious about some of the other changes he can see in the Earth’s heavens, particularly that bright star, right there. No, not that one, that one, there, on the left... The world’s population is slowly being converted to a new path, a new way of thinking. Something is coming to Earth, an ancient force from the Dark Times. Something powerful, angry and all-consuming... Featuring the Doctor and Donna, as played by David Tennant and Catherine Tate in the hit series from BBC Television, Beautiful Chaos is read by Bernard Cribbins, who played Wilfred Mott in Doctor Who.