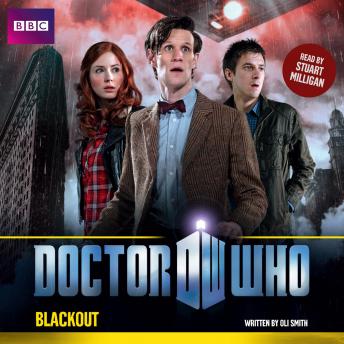 November 9th, 1965. New York City is plunged into darkness, a taxi driver has bad dreams, and an invisible spacecraft hovers ominously above the skyline. As an extra-terrestrial disease sweeps the populace, Amy and Rory must sabotage the city’s water supply to slow the spread of infection, and a dying Doctor holds another man’s life in his hands. With the death toll rising, and his companions stalked through the streets by alien businessmen, the Doctor is forced to make a terrible decision. How far must he go to save his friends? Written specially for audio by Oli Smith, 'Blackout' features the Doctor, Amy and Rory as played by Matt Smith, Karen Gillan and Arthur Darvill in the acclaimed hit series from BBC Television. It is read by Stuart Milligan, who played President Nixon in the 2011 TV episodes ‘The Impossible Astronaut’ and ‘Day of the Moon’.