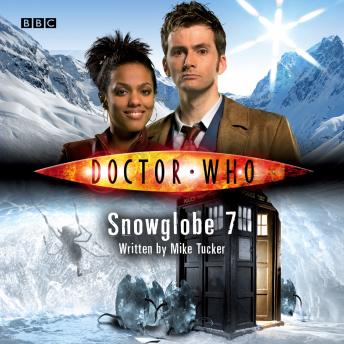 Earth, 2099, and global warming is devastating the planet. In a desperate attempt at preservation, the governments of the world have removed vast sections of the Arctic and Antarctic and set them inside huge domes. When the TARDIS arrives, the Doctor and Martha soon discover that it's not only ice and snow that has been preserved beneath Snowglobe 7. While Martha struggles to help with an infection sweeping through the Dome, the Doctor discovers an alien threat that has lain hidden since the last ice age... Georgia Moffett, who played the Doctor's daughter Jenny in the Doctor Who episode The Doctor's Daughter, reads this exciting adventure featuring the Tenth Doctor and Martha, as played by David Tennant and Freema Agyeman in the hit BBC TV series.