Doctor Who: The Ambassadors of Death: 3rd Doctor Novelisation 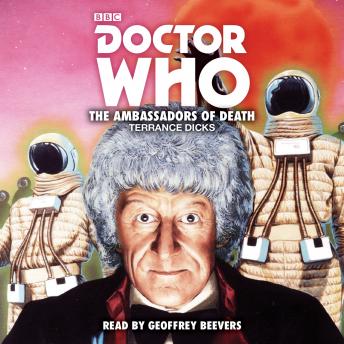 Seven months after it left Mars there has still been no radio communication with the Probe Seven spacecraft, or the astronauts inside it. Back on Earth concern is mounting, and eventually a recovery capsule is sent up to rescue the astronauts. But when the capsule returns to Earth it is found to be empty.

As the Doctor and Liz investigate, they discover that the interior of the capsule is highly radioactive: if anyone was inside, they would now surely be dead. Have the astronauts returned to Earth? And if not, who are the sinister space-suited figures who stalk the countryside, and whose very touch means instant death?

Doctor Who: The Ambassadors of Death: 3rd Doctor Novelisation