Doctor Who: The Coming Of The Terraphiles 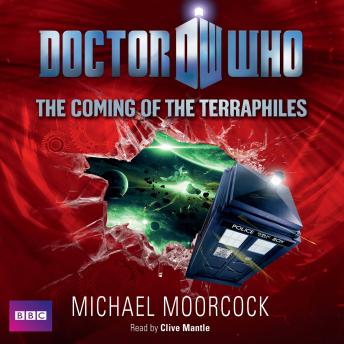 Miggea – a world on the very edge of reality. The cusp between this universe and the next. And the venue for the grand finals of the competition to win the fabled Arrow of Law. The Doctor and Amy have joined the Terraphiles – a group obsessed with Earth’s history, and dedicated to re-enacting ancient sporting events. They are determined to win the Arrow. But just getting to Miggea proves tricky. Reality is collapsing, ships are disappearing, and Captain Cornelius and his crew of pirates are looking for easy pickings. Even when they arrive, the Doctor and Amy’s troubles won’t be over. They must find out who is so desperate to get the Arrow of Law that they will kill for it. And uncover the traitor on their own team. And win the contest fair and square. And, of course, they need to save the universe from total destruction... Featuring the Doctor and Amy as played by Matt Smith and Karen Gillan in the hit series from BBC Television.

Doctor Who: The Coming Of The Terraphiles