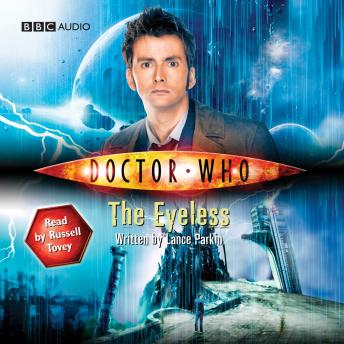 Doctor Who: The Eyeless

At the heart of the ruined city of Arcopolis is the Fortress. It’s a brutal structure placed here by one of the sides in a devastating intergalactic war that’s long ended. Fifteen years ago the entire population of the planet was killed in an instant by the weapon housed in the heart of the Fortress. Now only the ghosts remain. The Doctor arrives, and determines to fight his way past the Fortress’ automatic defences and put the weapon beyond use. But he soon discovers he’s not the only person in Arcopolis. What is the true nature of the weapon? Is the planet really haunted? Who are the Eyeless? And what will happen if they get to the weapon before the Doctor? The Doctor has a fight on his hands. And this time he’s all on his own. Featuring the Doctor as played by David Tennant in the hit series from BBC Television, The Eyeless is read by Russell Tovey, who played Midshipman Alonso Frame in the TV episode Voyage of the Damned.

Doctor Who: The Eyeless