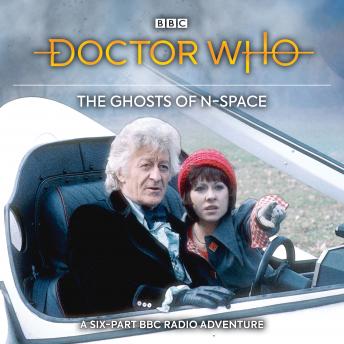 Doctor Who: The Ghosts Of N-Space (TV Soundtrack)

‘When the barrier gives way, this planet will be flooded by all the evil in N-Space; and at the moment I have no idea how to stop it.’ The Brigadier’s ancient great-uncle Mario seems unsurprised by the spectres which haunt his even more ancient Sicilian castle. But when the Doctor comes to investigate he finds himself faced with a danger as great as any he has yet encountered. Is the answer to be found in the past, in the corrupt alchemy of the black-hearted sorceror said to have been walled up alive for his evil deeds? Or must the Doctor - and the faithful Sarah Jane Smith - brave the realm of ghosts and face the very fiends of hell? The classic team of the Doctor, Sarah Jane and the Brigadier are on the case in this eerily thrilling adventure, written especially for radio by Barry Letts.

Doctor Who: The Ghosts Of N-Space (TV Soundtrack)