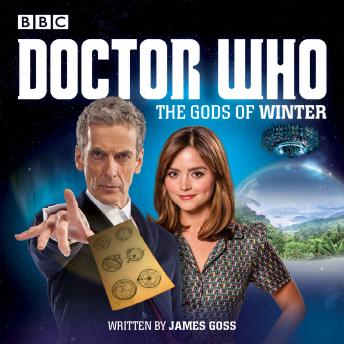 Doctor Who: The Gods of Winter: A 12th Doctor Audio Original

On a remote human colony planet, under the cover of a protective dome, young Diana Winter summons the TARDIS. Brought to her side by the power of a mysterious calling card, the Doctor and Clara are given one of their unlikeliest assignments yet. Yet it is one that will have far-reaching consequences…

Many years later, on the homeworld of the alien Golhearn, the time travellers once again meet Diana - but this time the stakes are much higher. The Golhearn’s savage madness is threatening to destroy their own civilisation, and Diana has a personal reason to call for the Doctor once again. Is he willing to assist, or must Clara go it alone? Can anyone discover the cause of the monstrous insanity that threatens them all?

Doctor Who: The Gods of Winter: A 12th Doctor Audio Original