Doctor Who: The House of Winter: A 12th Doctor Audio Original 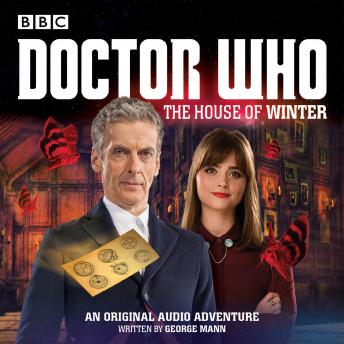 David Schofield reads this exciting original adventure featuring the 12th Doctor and Clara, as played by Peter Capaldi and Jenna Coleman in the BBC TV series

The Doctor and Clara are called to a mysterious, isolated house on a moonlet in the Asurmian Reach. There they meet the inscrutable Justin Winter and his two assistants, Joey and Carenza. Winter has called for the Doctor’s help: he and his friends are trapped in the house, all exits having long ago been sealed.

When even the TARDIS proves unable to dematerialise, the Doctor and Clara quickly realises they are as much prisoners as their new acquaintances. Strange blood moths fly around their heads, and there’s a strange whispering and rustling from the shadows of the house’s interior. As tensions rise, the Doctor struggles to engineer a way out - and a staggering series of revelations are about to be made.

Doctor Who: The House of Winter: A 12th Doctor Audio Original