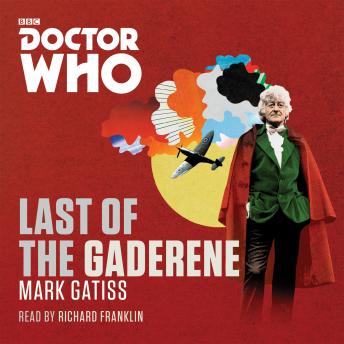 Doctor Who: The Last of the Gaderene: A 3rd Doctor novel

Richard Franklin reads an original novel by Mark Gatiss, featuring the Third Doctor as played on TV by Jon Pertwee.

The aerodrome in Culverton has new owners, and they promise an era of prosperity for the idyllic village. But former Spitfire pilot Alex Whistler is suspicious, and when black-shirted troops appear on the streets, he contacts his old friend Brigadier Lethbridge-Stewart at UNIT.

The Doctor investigates – and soon uncovers a sinister plot to colonise the Earth. The Gaderene are on their way…

Doctor Who: The Last of the Gaderene: A 3rd Doctor novel