Doctor Who: The Last Voyage 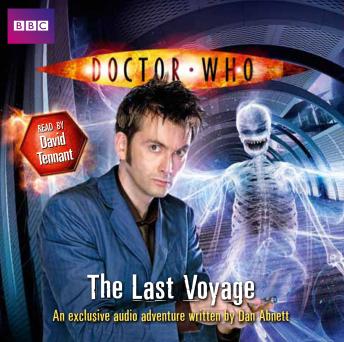 The TARDIS materialises on board the maiden voyage of a pioneering space cruiser, travelling from Earth to the planet Eternity. The Doctor has just started exploring the huge, hi-tech Interstitial Transposition Vehicle when there is a loud bang, a massive jolt and a flash of light. Shortly afterwards, he discovers that nearly all the passengers and crew have disappeared. Unless the Doctor and flight attendant Sugar MacAuley can take control and steer the ship, they could crash-land or keep slipping through space forever. And as if that wasn't enough, something awful awaits them on Eternity. Written exclusively for audio by Dan Abnett and read by David Tennant, Doctor Who: The Last Voyage features the Doctor as played by David Tennant in the acclaimed hit series from BBC Television.

Doctor Who: The Last Voyage