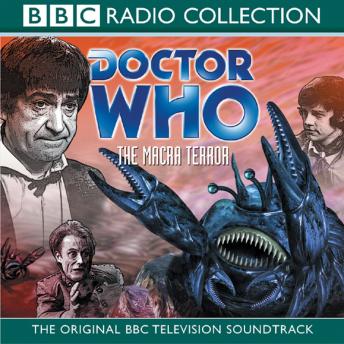 When the Doctor, Polly and Ben visit a human colony that appears to be one big holiday camp, they think they have come across a truly happy place. But a shadowy presence soon makes them realise that the surface contentment is carefully controlled. The colony's inhabitants have been brainwashed by giant crab-like creatures - the Macra. Insidious propaganda, broadcast by the Controller, forces the humans to mine a gas that is essential for the Macra to survie - but fatal for them. The colony must be saved - but how? The Doctor and his team are up against it, particularly when Ben falls under the influence of the Macra. Can he be rescued from their evil clutches? Can the gas pumping be destroyed, getting rid of the Macra for good? The soundtrack to this popular adventure, which was first broadcast in 1967, has been digitally remastered to recreate a very popular story from the Troughton era.