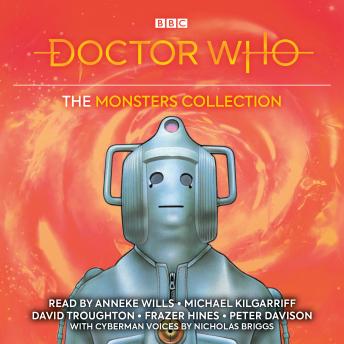 In Doctor Who and the Abominable Snowmen by Terrance Dicks, a lonely Himalayan monastery falls prey to powerful robotic Yeti.

Doctor Who and the Ice Warriors takes us to the future, when an alien from Mars is found preserved in a glacier.

In Doctor Who: Earthshock by Eric Saward, the Cybermen are intent upon sabotaging a galactic peace conference.

Doctor Who and the Cybermen by Gerry Davis is read by Anneke Wills. Novelisation © Gerry Davis & Kit Pedler 1974

Doctor Who and the Tomb of the Cybermen by Gerry Davis is read by Michael Kilgarriff. Novelisation © Gerry Davis & Kit Pedler 1978