Doctor Who: The Moonbase (TV Soundtrack) 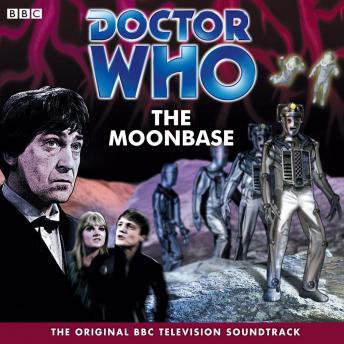 'There are some corners of the universe which have bred the most terrible things... they must be fought.' In 2070 Earth's weather is controlled by the Gravitron, a device based on the Moon and manned by an international team of experts. When the TARDIS deposits the Doctor and his companions on the zero-gravity surface, they discover the base in the grip of a plague epidemic which is drastically reducing the personnel. The Doctor's curiosity is aroused by the mysterious infection. With the base's own medic himself incapacitated, the time traveller offers his services to the ailing crew. Can he pinpoint the source of contamination before time runs out? Jamie, meanwhile, is recovering in the Sick Bay from a blow to the head. In his delirium, can that really be the Phantom Piper come to haunt him - or is it something far more deadly? Soon an invasion force from Mondas descends, its aim to take control of the Gravitron and decimate Earth's population with waves of extreme weather. All remaining humans will be converted to the Cyber race...

Doctor Who: The Moonbase (TV Soundtrack)