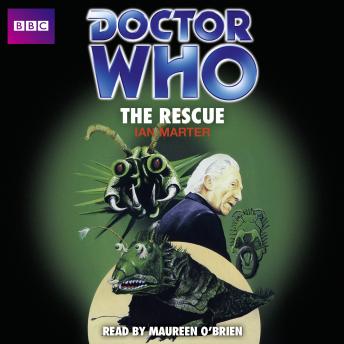 Doctor Who: The Rescue

Maureen O'Brien reads this thrilling novelisation of a classic Doctor Who adventure. From his one previous visit the Doctor remembers the inhabitants of the planet Dido as a gentle, peace-loving people. But when he returns, things have changed dramatically. It seems that the Didoi have brutally massacred the crew of the crashed spaceliner Astra. Even now they are threatening the lives of the sole survivors, Bennett and the orphan girl Vicki. Why have the Didoi apparently turned against their peaceful natures? Can Bennett and Vicki survive until the rescue ship from Earth arrives? And who is the mysterious Koquillion? Maureen O'Brien, who played Vicki in the original Doctor Who TV serial, reads Ian Marter's complete and unabridged novelisation, first published by Target Books in 1987.

Doctor Who: The Rescue