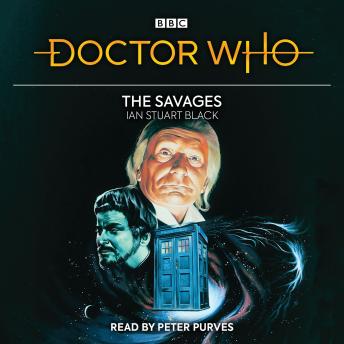 Peter Purves reads this gripping classic novelisation of a TV adventure featuring the First Doctor and his companions Steven and Dodo.

Landing on a distant planet, the Doctor confidently announces to his companions that the TARDIS has brought them to an age of great advancement, peace and prosperity. The Doctor's calculations seem to be confirmed when the travellers are greeted by Jano and the Elders, who take them on a tour of their city - a haven of beauty, harmony and friendship, set in a wilderness inhabited by tribes of savages. But the security of the city is founded on one deadly and appalling secret.

Soon the Doctor and his friends discover that is not only outside the city walls that savages dwell...

This title is due for release on February 4, 2021
We'll send you an email as soon as it is available!