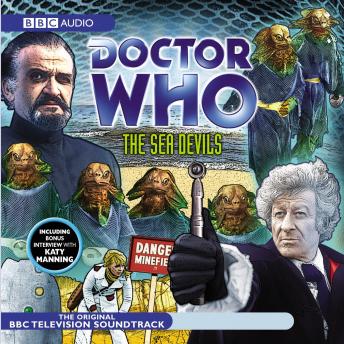 Visiting the Master in his high-security prison just off the south coast of England, the Doctor and Jo Grant's curiosity is piqued by a recent spate of disappearing ships. Investigating a nearby sea fort, they encounter a ferocious amphibian creature - the cousin of a reptile race whom the Doctor met once before. These 'Sea Devils' have been revived from hibernation by the Master, whose scheme is being aided by the prison governor. Realising that the Master wants to create havoc on Earth, and to see humanity subjugated by the Sea Devils, the Doctor once again attempts to broker peace between the two races. But his efforts are hampered by the intervention of a government minister, whose sole aim is to wipe the sea creatures out. Battle ensues and control of the planet once more hangs in the balance...