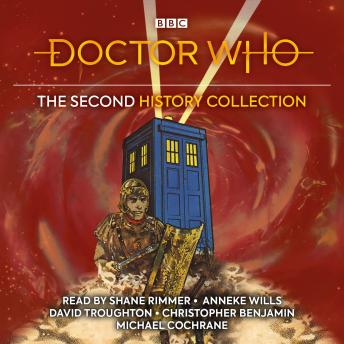 Five exciting novelisations set in Earth's past history, featuring the Doctor and his companions.

In Doctor Who - The Gunfighters the TARDIS arrives in the heart of the Old Wild West, just as Wyatt Earp's in town.

In Doctor Who - The Highlanders the scene is the Battle of Culloden, 1746, where the Scots are fighting the English.

In Doctor Who and the War Games the Doctor and friends seem to arrive in the trenches of the First World War, but appearances can be deceptive.

Doctor Who and the Talons of Weng-Chiang takes the Doctor and Leela to Victorian London, and a battle with a foe from the future.

Finally, in Doctor Who - Black Orchid, the Fifth Doctor and friends are entertained at a 1920s country house - where murder is afoot.