Doctor Who: The Sensorites 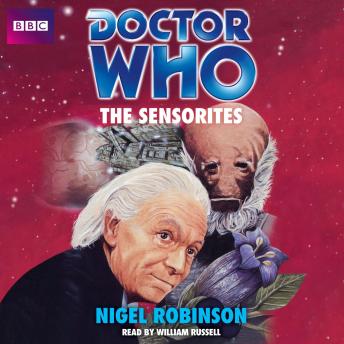 The TARDIS materialises on board a dark and silent spaceship. As the Doctor, Susan, Ian and Barbara penetrate the craft’s eerie gloom they come across what appear to be the bodies of two dead astronauts. But the astronauts are far from dead, and are living in mortal fear of the Sensorites, a race of telepathic creatures from the Sense-Sphere. When the lock of the TARDIS is stolen the Doctor is forced into an uneasy alliance with the aliens. And when he arrives on the Sensorites’ planet he discovers that it is not only the Humans who have cause to be afraid... William Russell, who played the Doctor’s companion Ian in the original TV serial, reads Nigel Robinson’s complete and unabridged novelisation, first published by Target Books in 1987.

Doctor Who: The Sensorites