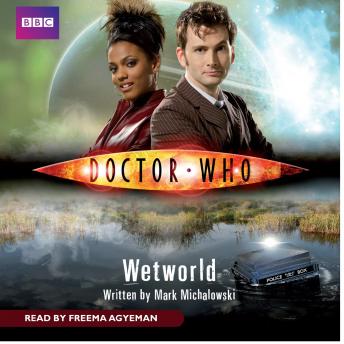 When the TARDIS makes a disastrous landing in the swamps of the planet Sunday, the Doctor has no choice but to abandon Martha and try to find help. But the tranquillity of Sunday's swamps is deceptive, and even the TARDIS can't protect Martha forever. The human pioneers of Sunday have their own dangers to face: homeless and alone, they're starting to see that Sunday's wildlife isn't as harmless as it appears. Why are the otters behaving so strangely, and what is the creature in the swamps that is so interested in the humans, and the new arrivals? The Doctor and Martha must fight to ensure that human intelligence doesn't become the greatest danger of all. Featuring the Doctor and Martha as played by David Tennant and Freema Agyeman in the hit series from BBC Television.