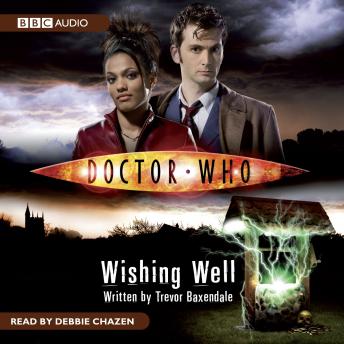 The old village well is just a curiosity – something to attract tourists intrigued by stories of lost treasure, or visitors just making a wish. Unless something alien and terrifying could be lurking inside the well. Something utterly monstrous that causes nothing but death and destruction. But who knows the real truth about the well? Who wishes to unleash the hideous force it contains? What terrible consequences will follow the search for a legendary treasure hidden at the bottom? No one wants to believe the Doctor’s warnings about the deadly horror lying in wait – but soon they’ll wish they had... Featuring the Doctor and Martha as played by David Tennant and Freema Agyeman in the hit series from BBC Television, Wishing Well is read by Debbie Chazen, who played Foon Van Hoff in the TV episode Voyage of the Damned.