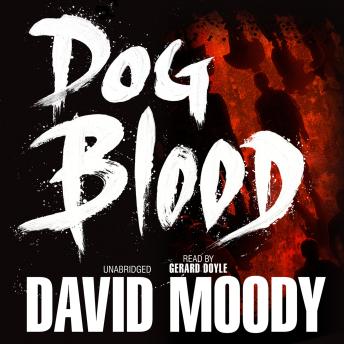 On the heels of Patient Zero and Pride and Prejudice with Zombies comes this electrifying sequel to Hater in which humanity fights itself to the death against a backdrop of ultimate apocalyptic destruction.

The Earth has been torn apart. Everyone is either human or Hater, victim or killer.  Major cities have become vast refugee camps where human survivors cower together in fear. Amidst this indiscriminate fighting and killing, Danny McCoyne is on a mission to find his daughter, Ellis. Free of inhibitions, unrestricted by memories of the previous world, and driven by instinct, children are pure Haters and might well be the deciding factor in the future of the Hater race. But as McCoyne makes his way into the heart of human territory, an incident on the battlefield sets in place an unexpected chain of events, forcing him to question everything he believes he knows about the new order that has arisen and about the dynamic of the Hate itself.

“If Moody’s Hater books follow the familiar zombie story of civilization rent to tatters by mindless, bloodthirsty former humans, they turn it on its ear by speaking with the voice of one of the zombies rather than one of their victims. Readers have seen a pre-Hater Danny head off to his dead-end job, get frustrated with his kids and engage in other everyday activities. That, along with Moody’s spare prose, makes the book’s scenes of brutal violence all the more affecting. Lean, relentless and terrifying.”—Kirkus Reviews