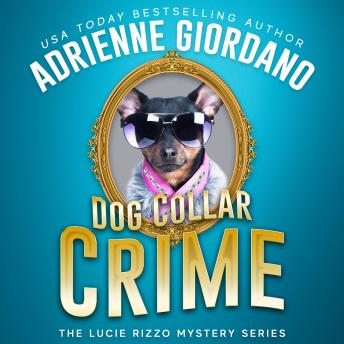 #1 of A Lucie Rizzo Mystery

'This mystery will sink its fangs into your funny bone and drag you along by a leash of laughter.' -- Denise Swanson, New York Times Bestselling Author

Dog walking seemed like an innocent job… but the mob has its paws in everything.

It’s a hard fall from grace for Lucie to move back in with her mother until she lands on her feet again. Everything she did before was to get as far away as possible from her mob-infested family.

Still, Lucie’s determined to make things work. She begins with a part-time gig walking dogs for wealthy clients, and it inspires her to start her own pet accessory line. Frankie Falcone, her smoking-hot ex, wants to start again as if they never stopped. He’s no stranger to family ties with “the Family,” either, but she’s hardly one to throw stones.

What does concern Lucie is the kidnappings.

Well, petnappings. Someone local is abducting innocent dogs, and all of them belong to her upper-crust clients.

One pilfered pooch is bad enough. Three is a pattern. At this rate, Lucie will be out of business in days and on the ASPCA’s Most Wanted list. Unless she solves the mystery herself—and sends the dogjacking culprits straight to the pound.

Dog Collar Crime is book one in the Lucie Rizzo Mystery series. For more Lucie Rizzo fun, check out all the titles in this high-spirited, hilarious series - read 'em all!