Dog Gone: A Lost Pet's Extraordinary Journey and the Family Who Brought Him Home 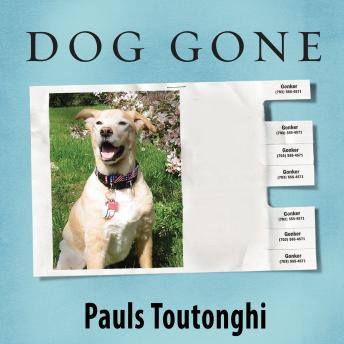 Saturday, October 10, 1998. Fielding Marshall is hiking on the Appalachian Trail. His beloved dog-a six-year-old golden retriever named Gonker-bolts into the woods. Just like that, he has vanished. And Gonker has Addison's disease. If he's not found in twenty-three days he will die.

Virginia becomes a field general. With a map and a phonebook at her side, she contacts animal shelters, police precincts, general stores, community centers, newspapers, radio stations, churches, and park rangers. She is tireless. The local paper in Waynesboro writes a small story about the family's search. The story hits the AP Newswire. But as the search continues, the Marshalls realize that they may not survive losing him. Even as the wounds of their past return to haunt them and threaten to jeopardize everything, they know they have one mission: bring Gonker home.

Dog Gone: A Lost Pet's Extraordinary Journey and the Family Who Brought Him Home