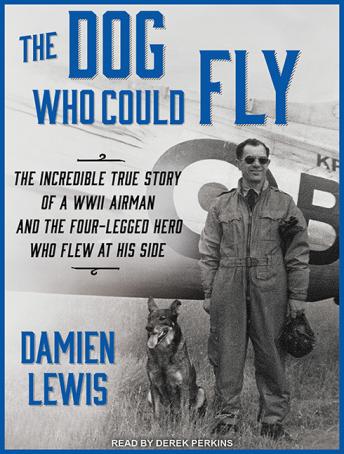 The Dog Who Could Fly: The Incredible True Story of a WWII Airman and the Four-legged Hero Who Flew at His Side

An instant hit in the UK, this is the true account of a German shepherd who was adopted by the Royal Air Force during World War II, joined in flight missions, and survived everything from crash-landings to parachute bailouts-ultimately saving the life of his owner and dearest friend.

In the winter of 1939 in the cold snow of no-man's-land, two loners met and began an extraordinary journey that would turn them into lifelong friends. One was an orphaned puppy, abandoned by his owners as they fled Nazi forces. The other was a different kind of lost soul-a Czech airman bound for the Royal Air Force and the country that he would come to call home.

Airman Robert Bozdech stumbled across the tiny German shepherd-whom he named Ant-after being shot down on a daring mission over enemy lines. Unable to desert his charge, Robert hid Ant inside his jacket as he escaped. In the months that followed the pair would save each other's lives countless times as they flew together with Bomber Command. And though Ant was eventually grounded due to injury, he refused to abandon his duty, waiting patiently beside the runway for his master's return from every sortie, and refusing food and sleep until they were reunited. By the end of the war Robert and Ant had become British war heroes, and Ant was justly awarded the Dickin Medal, the 'Animal VC.'

Dog Who Could Fly: The Incredible True Story of a WWII Airman and the Four-legged Hero Who Flew at His Side