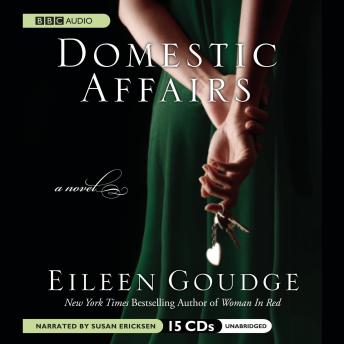 Rosie and Abigail are like family, Ina Merriweather used to say. That is, until the day Ina cast out her housekeeper, Rosie, and her fifteen-year-old daughter Abigail. Abigail felt deeply betrayed, especially by Ina's daughter Lila, who was her closest friend. Now, twenty-five years later, an old score is about to be settled, and an old love rekindled. Abigail is now a self-made woman who has built an empire out of the homemaking skills she learned from her mother. When Lila, who married well and for decades lived the glittering life of a Park Avenue socialite, suffers a tragic reversal of fortune, she seeks the help of her childhood friend, but learns that the only opening available at the moment is as Abigail's housekeeper. At the same time, Abigail is coping with the fallout from a fire in her Mexico factory, which took the life of an innocent girl, whose mother, Concepci├│n Morales, now seeks the rich se├▒ora she holds responsible for her daughter's death. Abigail, Lila, and Concepci├│n are thrown together and must unite to save one another … and themselves.