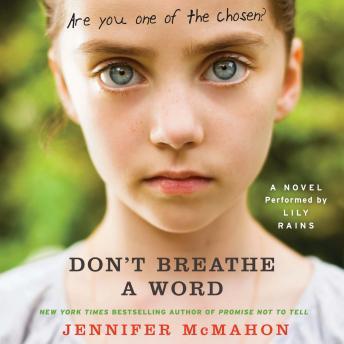 Don't Breathe a Word: A Novel

“Don’t Breathe a Word is a haunting page-turner that kept me up, spine shivering and enthralled, way past my bedtime.”
—Joshilyn Jackson, author of Gods in Alabama and Backseat Saints

“Jennifer McMahon never flinches and never fails to surprise…as [she] weaves a young couple into a perverse fairyland where Rosemary’s Baby could be at home.”
—Randy Susan Meyers, author of The Murderer’s Daughters

Two young lovers find themselves ensnared in a seemingly supernatural web that ties them to a young girl’s disappearance fifteen years earlier in this dark and twisty tale from the New York Times bestselling author of Island of Lost Girls and Promise Not to Tell. Jennifer NcMahon returns with a vengeance with Don’t Breathe a Word—an absolutely chilling and ingenious combination of psychological thriller, literary suspense, and paranormal page-turner that will enthrall a wildly diverse audience including, among others, avid fans of Keith Donohue (The Stolen Child), Laura Lippman (I’d Know You Anywhere), and Tana French.(In the Woods).

Don't Breathe a Word: A Novel